Your shadow self is the character traits and behaviors that bring you shame.  The term was developed by psychologist Carl Jung, and made popular by the work of Debbie Ford, an author of several self help books.

I’ve been thinking about this lately because I watched a fellow yogi obviously mired in shame, but claiming to have embraced his shadow self.  This is not uncommon in the yoga community.  Most yoga instructors talk about self acceptance, embracing our good parts and our shadow selves.  After 2 years of regular practice I was certain that I had embraced my shadow self.  As it turned out, being able to identify aspects of our dark side and embracing them are two different things. This became clear to me on a retreat to Sri Lanka.

I went on this trip with a friend from my yoga studio.  We were really excited to go, and we decided to spend an extra week in Sri Lanka before the retreat began.  (it is an amazing country.  If you like curry you absolutely must go) We spent months planning our itinerary.  Instead of recognizing that we would not be compatible travel companions, I focused on the fact that I really liked her.  The trip was less than ideal, but manageable, until we got to the retreat.  I am clichegurl-a 50ish divorcee, and there I was surrounded by 20 year old’s.  Additionally, despite being told I would be in an air conditioned room I was taken to a dorm with 5 other 20ish women, with one bathroom and one table for all of our belongings.  I complained to the trip leader (there it is-my whiny shadow self) and was moved to a single air conditioned room about one mile away from the main “resort”.

This would have been manageable had it not been a yoga retreat.  Yogi’s (apologies to all yogies out there) tend to be screwed up.   Find a yogi working towards spiritual enlightenment and you will find a story.  Divorce, loss of loved one, fire destroyed home, traumatic childhood, etc.  Each has a story that brought them to the mat; a time in which they thought “Enough.  My life is unmanageable and I need something”.   I found yoga after battling ovarian cancer and getting divorced from a covert narcissist.  Yes-I am about to judge the severity of life experiences, and I apologize in advance.  Being surrounded by 25 year old who’s damage was cellulite, or the boyfriend that just left them, simply didn’t work for me.

After 3 days of self debate (i.e shame spiraling) I booked flights home, packed up and left.  It was a 2 hour ride to the airport and I spent it crying and silently berating myself.  Here I was, once again, being demanding, judgmental, a terrible friend, a wimp, etc, etc.  Two hours alone in a van with someone who does not speak your language leaves ample time to really wind up a wicked shame spiral.  By the time I boarded my first flight I was drowning in the self loathing I thought I’d rid myself of.  I flew from Sri Lanka to Dubai, and, after a short layover in Dubai,  flew to Dublin.  I was awake for all 48 hours of it, even though I landed in Dublin a day before I left Sri Lanka — I think.  How does this work exactly??

I had a 6 hour layover in Dublin and that is when it happened.  I’m not sure what brought this on, perhaps lack of sleep, or perhaps I’d been poised all along to come to this, but I’m damned glad it did.

Dublin has a whole section of it’s airport dedicated to flights bound for the US.  I spent hours wandering around the main section of the airport trying to find my flight, and I was really embarrassed when I accidentally learned that I was in the wrong part of the airport. Once I found the US section of the airport I sat waiting to board, weighed down by my backpack, my shame and my all encompassing embarrassment, and I started down that path of no return; the thought process that leads to serious depression and suicidal ideation.  If you’ve ever been there you know there is a point of no return.  I liken it to walking up to a cliff and making the leap.  There is a time in which you make the decision to either jump or back up.  (I am not talking about biologically predisposed cases of depression, I’m referring to mild depression those of us in recovery often face).

On this day, at that moment, just as I got to the cliff and was about to jump, I thought of Beyonce.  I know next to nothing about Beyonce.  At that time she could have sat down next to me and I’d have had no idea who she was.  I did know one thing:  what Beyonce wants Beyonce gets.  Beyonce started as the lead singer of Destiny’s Child.  It wasn’t until she left the group that she became famous.  There are critics who say she used the girls in Destiny’s Child to catapult her career then dumped them, a fact that she has never denied nor admitted; she has just ignored the allegations.  In that moment, sitting in a dingy airport lounge in Dublin, I asked myself what Beyone has that I don’t.  Obviously, an enviable body and musical talent, but aside from that, what she really has in an unapologetic affect.  Beyonce doesn’t apologize for who she is.  Truthfully, as a 50ish white girl, I sort of think she should apologize for some of her dance moves. 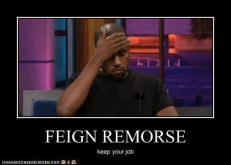 The point was this:  of course I have a shadow side. We all do.  Find me someone who doesn’t and – well you can’t.  It doesn’t matter.  All of those terrible things I thought about myself on that ride to the airport had a measure of truth to them, but that didn’t mean that I deserve less; that I am less; that I am a bad, shameful person.  In fact, if we look at people who become highly successful, like Beyonce, we find that they have truely embraced their Shadow Self.  They proudly pronounce that they are selfish, or demanding, or impossible to please – whatever those things are that I’ve spent a lifetime berating myself for.

This lesson stuck with me.  Now, when I’m over reactive, or a bad friend, or any of the million things I thought were deplorable, I sort of chuckle.  I look at that part of myself like a damaged old friend, and I say “hey gurl – how’r you feeling today?”.  It is not enough to accept our shadow self, we must also care for this part of us.  The more I’ve done this the more I see where many of these “flaws” came from.   I can picture myself as 6 year old being screamed at because I chose to play alone and was therefore a terrible friend, aka horrible human being.  When those parts of me come out it is because they need something, and I’ve learned to take the time to listen; or at least I try to.

The point is this:  It is the things you hate about yourself that attract the narcissist.  Self hate is fuel to them.  When they come across someone with the aura of self hate they do a happy dance; aka love bombing.  They come at you hard, because they know how easy it will be to feed that self-doubt, to grow those characteristics you don’t like, to remove all parts of yourself that you feel good about, and drown you in shame and self hatred.

Back to my yoga friend.  I met him 3 years ago in a yoga retreat.  We ended up paired together and we were a great pair.  We were both 50ish & going through a divorce.  During a “sharing” exercise I shared some negative feelings I was having, something around shame and the divorce, and his answer made my skin crawl.  “You have to embrace it and let it go.  Be free,  Love yourself.  It’s all good”.  He had certainly learned the lingo.  Unfortunately, he is a victim of premature acceptance.  He has scratched the surface of his shadow self and considered himself healed.  I wasn’t sure on that day 3 years ago why this statement made my skin crawl.  Yesterday, as he was saying the same thing to a new yoga instructor it hit me- he was simply repeating words he’d learned.   Three years ago, when I was crying my guts out and lamenting my failures to anyone who would listen, he was posing as enlightened.  Every time I express frustration, or anything deemed negative, he says “just go with it.  Peace” and now I understand – he can’t handle those feelings in his own mind, I can’t expect him to handle them in me.  Today, being no closer to divorce than he was then, he is just sad.  The situation is sad.  I wish I could send him on a trip like I had, but I know this is his own journey and it will play out the way it needs to for him.

Today, even though I felt really sick, I found myself smiling.  Even at our worst, we are deserving beings, and I deserve it all – as do you.